A New Thing in QuickBooks Online

Hello world! This year has been, let’s just say it: shitballs crazy. After 4 months, I’m finally in a place where I can focus enough to sit down and write an entire piece for this site. We’ve all been busy with PPP and EIDL and yes, I know the title says “A New THING in QuickBooks Online” but once I started writing this, I thought of a few that I want to call out.

The first new thing in QuickBooks Online is that the + icon is back in the top right corner of the screen, but only when the user uses the hamburger icon to hide the left nav bar in QBO.

Here’s what I’m talking about:

See?  Pretty cool. I’m sad that it doesn’t spin like it used to, but I’m still happy to see my lil buddy back.

The second new thing in QuickBooks Online is the ability to assign a default expense account to a vendor:

Any time I save having to click that mouse just one time, I love it!

Yes, I realize this post is about more than one new thing in QuickBooks Online.

The third new thing in QuickBooks Online is not just Receipt Capture (I wrote about that here), but that it can now be used to add VENDOR BILLS. Previously, could only had expenses after they had happened; now we can add bills to be paid later.

The last new thing in Quickbooks Online (at least the last one I’m going to list here, there have been a ton of improvements in QBO Advanced lately) is sort of a big deal: Reconciliation statement auto-import, aka Statement Downloads.

The little delighter for me was that ability to upload a statement after I did the reconciliation for the accounts that don’t (yet) have the import function.

Now you can all get back to baking bread or whatever your global pandemic hobbies might be. I have two right now. One is infusing vodka with various fruits. So far I’ve done pineapple (a summer favorite), green apple (I’ll try this again in the fall with some ginger or cinnamon), raspberry/lime (yum) and blackberry/lemon (it was okays.) The other is setting new bike riding goals. For anyone that cares: I did 100 miles/week in June and then thought it would be a great idea to up that to 125 miles/week for July and as I write this, I’m halfway through the 3rd week and realize that 100 is a lovely, round number that is perfectly fine for August and September 🙂 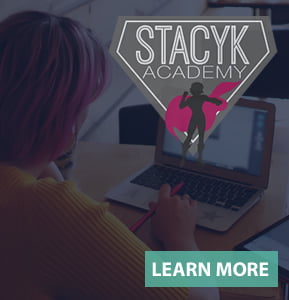